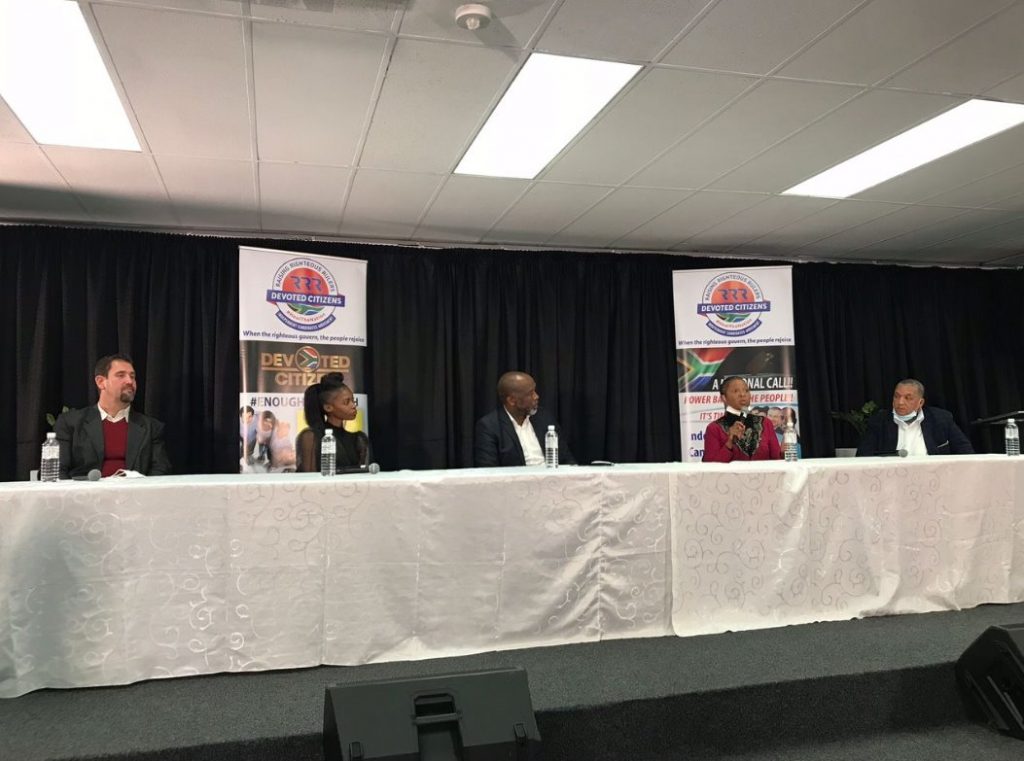 Written by Andre Viljoen on 23 June 2021 -  originally published in Gateway News Communities in towns and cities across South Africa should register community forums with the IEC now in order to take back their municipalities in the local government elections in October, said the visionaries of Raising Righteous Rulers (RRR) at a media conference in Midrand, Johannesburg yesterday Introducing RRR to the media as a national movement that is passionate about good governance and devoted citizenship, Apostle John van Niekerk, Pastor Chris Mathebula and Dr Arno van Niekerk, explained that communities which register forums will enjoy the strategic advantage of being able to raise independent candidates who will benefit from the proportional representation vote in the upcoming elections. Independent candidates may stand for election in any ward without being part of a community forum but if they do not win at the polls their votes will be wasted. But votes for candidates who are affiliated with a community forum are all valuable as candidates who don’t win their ward votes may still get seats through proportional representation votes. But because of IEC deadlines it is important — and achievable — for communities to get their forums registered by the end of next week, said the RRR visionaries. Thereafter they should set about identifying suitable independent candidates in their communities. Dr Van Niekerk told Gateway News that their urgent call to communities to register forums is not as a result of a change in the laws governing local government elections but as a result of a new focus on raising leaders who are accountable to the people which was precipitated by a Constitutional Court ruling last June that ordered an electoral reform process that is underway in parliament that will see independent candidates able to stand in the next provincial and national elections. Recently, One South Africa, a movement headed by Mmusi Maimane and Dr Michael Louis, that is also mobilising independents to stand in the October elections, named 10 municipalities in which it will support independent candidates and community-led independent organisations in the local government election. And on Tuesday the Centre of Good Governance in Africa at the School of Social Innovation, in cooperation with the Huguenot Theological College of Innovation, the Independent Candidate Association SA, OSA and the School of Governance, hosted a conference on “Electoral Reform for Community Based Governance”. Dr Van Nierkerk told Gateway News that RRR has a focus on kingdom values and biblical principles and wants to get the Body of Christ involved in good governance and in a culture of devoted citizenship in which communities seek to solve certain local problems through collaboration rather than waiting for the government to act. He said he is aware of at least 20 towns across the country which are registering community forums for the October elections. He said information and resources to help communities with the process of registering community forums and independent candidates is available on the Raising Righteous Rulers website at www.rrrsa.org — You may also request assistance by emailing him at arno777vn@gmail.com or info@rrrsa.org